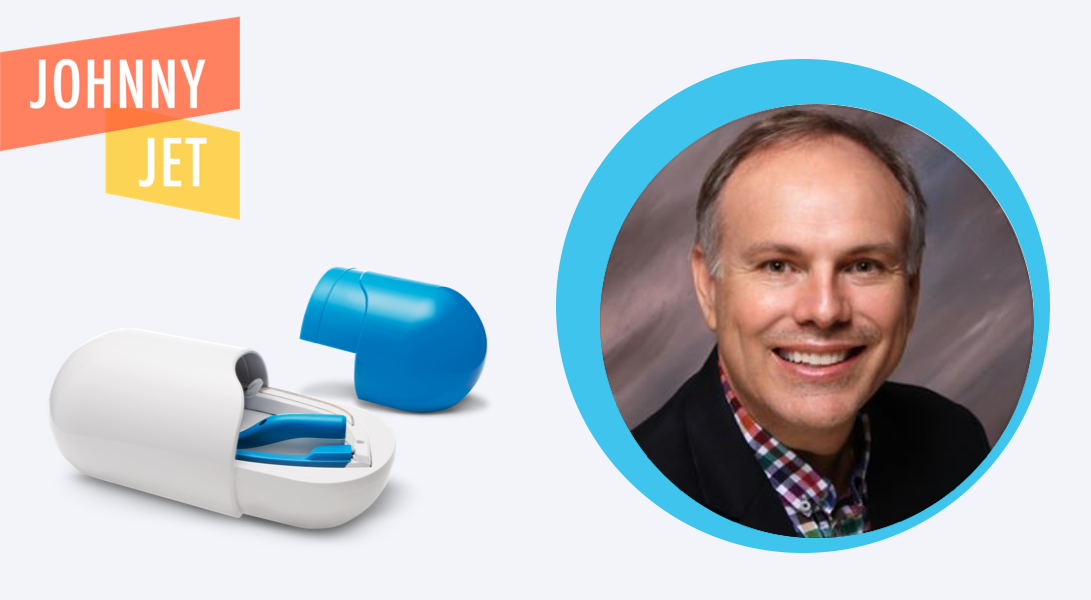 Johnny Jet travels around 150,000 miles and visits over 20 countries each year. He has been suffering from jet lag so many times, but now he found a Unique Way to Combat Jetlag. Here you can read his story about jetlag’s kryptonite and new travel product of the week.

“I travel a lot. In fact, some of my friends call me “Johnny Jetlag” because I travel so much that I’m in perpetual jetlag. Heck, I felt jetlagged the other night when we moved the clocks an hour forward for daylight saving, and I hadn’t been on a plane in over a week.

I think the best way to combat jetlag depends on the person dealing with it. Everyone is different; what works for me might not work for you. Personally, I try to adjust to new time zones by going to bed either earlier or later (depending on where I’m going) a couple days before I leave for a trip. I also try to eat meals and sleep at the times I’ll be doing both at my destination from the moment I step on the plane (it’s not always easy to do). Then when I land, if it’s early in the morning, I try to take a quick nap and then get as much sunlight as possible as I really believe that the sun is jetlag’s kryptonite.

All that said: There’s a new anti-jetlag product on the market that I find interesting because it’s rooted in the importance of light to daily rhythms. AYO is its name, and it was developed to help frequent travelers enjoy their trips jetlag-free.”

AYO is a science-based blue-light-emitting wearable, fully connected and guided by a mobile device. AYO’s mobile app, uniquely linked to your AYO, programs your wearable for you, based on your sleep pattern and lifestyle, your departure and landing times and cities. Simply insert your flight itinerary in AYO’s simple, user-friendly interface. It’s programmed to ‘turn on the lights’ to optimize your energy level when you need it most. And if you’re asleep or forget to put on your glasses, AYO reprograms itself to catch up on your energy boost.

The AYO has over 10,000 users worldwide and has won multiple awards, including a Red Dot award and “Best electronics product” at the consumer-voted Travel Retail Awards. CNN’s Richard Quest even used it on the world’s longest flight.

If you would also love to travel jet lag free, we’ve a special offer for you.